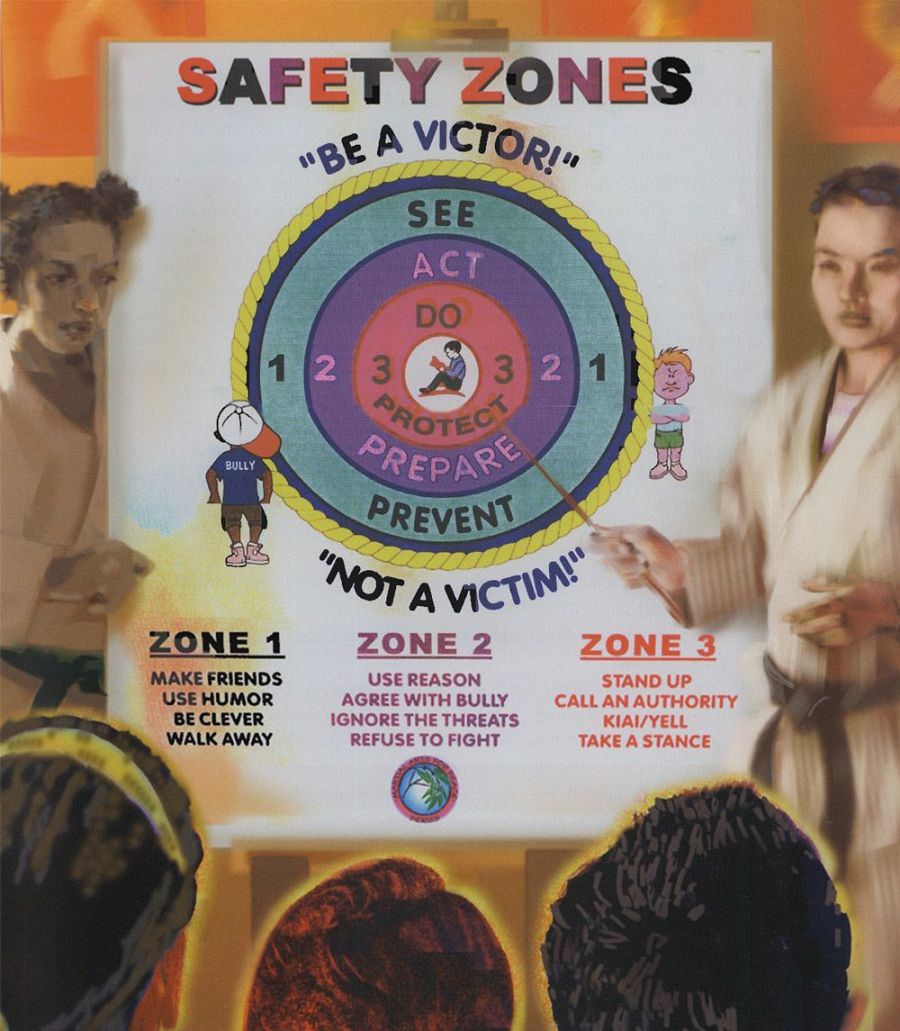 Why are more and more parents 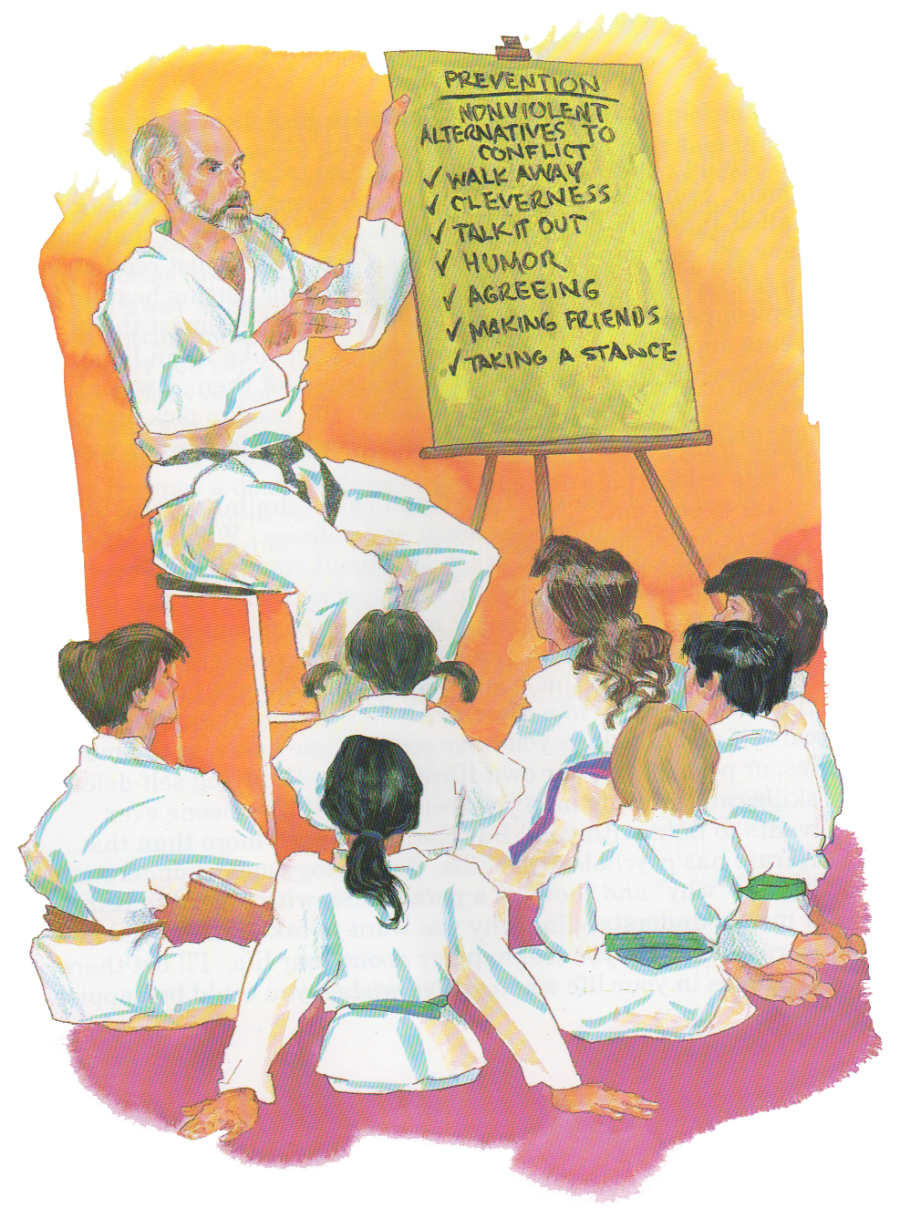 Because more and more parents want

Their children to learn to resolve bullying peacefully.

If a child is taught only physical self-defense, does he or she have the skills to avoid and resolve bullying before it becomes a physical confrontation?

In other words, do you think that somehow a young person has the sophisticated skills and presence of mind to understand and avoid bullying and the ability to use clever verbal skills as a means of self-protection (what I would call "Martial Art Mental Self-Defense") to resolve conflict peacefully if they only practice defending themselves physically?


Physical self-defense is just that—and can be employed only when it becomes a physical confrontation. That is not to say that physical skills are not important. On the contrary, they are very important because they give the student the foundation of confidence not to react unnecessarily to a fight or flight situation, to then have the presence of mind to use their first two "lines of defense"—to avoid and resolve conflict by nonphysical means. But physical self-defense is by itself only one small part of a martial art.

The Martial Arts can be a comprehensive program that addresses violence first by educating students to the A.B.C.s of Self Defense™ – Avoid, Bargain, Control thereby giving them the complete tools to cope with bullying through being able to first prevent it and then to resolve it though by nonviolent means, and if all else fails, have the confidence to protect oneself through the humane application of physical self-defense skills.

But this means that as martial arts instructors we take a more comprehensive view of the martial arts as an education in preventing bullying for our students, especially our young students, so they can understand and resolve conflict nonviolently—which is what the martial arts is really all about. This is our ultimate goal and why the martial arts can play a tremendous role in society in addressing the #1 social issue of violence facing our children and us, especially with school shootings caused by bullying.

In 2018, 113 people had been killed or injured in school shootings in the United States due to bullying. With many parts of the US having about 180 school days per year, it means, on average, a shooting once every eight school days. Bullying affects an estimated 28 percent of 12-to 18-year-old U.S. students and is often linked to another commonly referenced reason behind school shootings: mental health disorders. Some who have been frequently bullied experience lasting ramifications, such as depression and anxiety. This is something martial artists can help prevent by teaching young people about bullying.

Mental Self Defense12 Ways to Protect Yourself From Harm

Make Friends
Treat the bully as a friend instead of an enemy. All bullies need admiration and respect. Think about ways you can compliment or help the bully.

Use Humor
You can turn a scary situation into a funny one, but be careful. Have fun with the bully rather than making fun of the bully. You could tell a joke, or tell a funny story.

Walk Away
Don't get into it. Walk away. This is a simple and overlooked way to end a fight before it ever begins.

Agree with the Bully
Tell the bully you agree with him or her. Instead of creating conflict by disagreeing, you create a more peaceful situation. If you feel insulted by a bully, let your anger rise up, watch it, then let it go.

Refuse to Fight
No matter what a bully says or does, refuse to fight. One way to stop a conflict is to absolutely refuse to fight. Sit down on the ground, walk away, run away – just don’t fight.

Scream/Yell
A good shout or yell (kiai) can shock the bully. This kind of action can distract the bully for a moment. Distracting the bully gives you time to get away.

Ignore the Threats
This is similar to simply walking away. You hear threats and you turn and walk away from the bully. You keep going even if the bully tries to get you angry enough to react.

Use Authority
Call a teacher, a police officer, a parent. Reach out to anyone who can help stop the bully from hurting you. This is not being a coward; this is stopping violence before it happens.

Reason with the Bully
If you are a good talker, talk things out with the bully. If you don’t argue, don’t get angry, the bully may calm down. If you act friendly, the bully might be convinced to not hurt you.